Made for adventuron next jam 2020 with lots of love sprinkled in it.

Ok, so first this game is not yet fully finished and i still do not know if i will finish it in the near future. The time schedule in my life is tight right now. It is playable and winnable (i think). There is one big puzzle in it. Some object may be without use.. eh. It can be definitely expanded into something more fullfilling. My point in this gem is the secret message the game tries to tell the player.

The story is about one human that got kicked out of relationship. And thus heartbroken enters his own heart labyrinth to solve (that was the idea first) the pain and get out with new found joy in life. Pretty simple task you think? Have you ever been heartbroken and trying to patch and heal it up? Some hearts can take years to mend together again... such is the mystery of life itself. Well, enough of my ramblings.

Anyway, how do you play such type of game? Well it is easy actually.

You can move in direction by commands W, E, U, D (N and S are not used here).

You take object with you or drop object to the ground.

Inventory or I will show what you carry.

There are few special commands but you can figure all out from descriptions. I mention for example read, open, rotate, push etc.

Interesting game!  I didn't get very far as I haven't worked out what the buttons or machine are for and how to open the doors, but it looks like there's a cool puzzle going on with the symbols... I just haven't quite grasped it yet!

Thank you :). Did you hear the strange repeating hertbeat pulse in the machine room?

Yes, I did, but I wasn't sure what it meant.  Maybe I should listen more closely!

Look at the 4 digit number you certainly have seen and maybe try answer this : How can numbers be represented in computers?

I've only found a 3-digit number (unless the 'one' shortly before it is also part of the number?) as part of the joke on the wall, and pi to 8 decimals iced on the pie.  I could put those into binary but I'm not sure how that would help, and they don't seem to correspond to any RGB codes or similar for the colours of either the symbols or the buttons... maybe I'm overthinking this.

The joke on the wall is only a joke :). The PI can be read as PIE so another joke sry :D. Had some idea with them but did not implement.

The symbols in rooms mark something you get later if you progress one step.  Focus on the room where the mysterious machine is and listen carefully. The output is what you seek to progress next. It does not look like a number but it is. 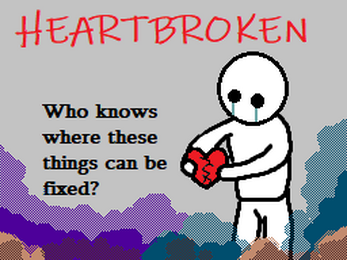